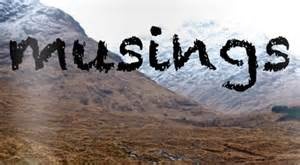 Ascot and Jersey still with 100% records

Two of our three remaining clubs in the Emirates FA Cup went out last Saturday at the 2nd Qualifying Round stage, namely Balham, who pushed a very good Step 3 Royston Town all the way, and Badshot Lea whose 0-4 defeat at the hand of Hayes & Yeading United did not reflect the overall pattern of the match.

That leaves only Abbey Rangers who, in a tense replay on Tuesday evening, overcame Essex Senior League side Walthamstow by 2 goals to 1, after going behind early on. Our sole representatives have been favoured with a home draw in the 3rd Qualifying Round against Whyteleafe from Division One South East of the Isthmian League, in which they are currently sitting in 11th place, albeit with matches in hand over other clubs. It is a long time since a CCL club reached the 4th Qualifying Round – the writer’s memory is telling him that it was Hanworth Villa but that stands to be corrected so the best wishes of the League will be with Abbey on Saturday 5 October.

There were some intriguing league matches last Saturday, with Molesey’s 6-0 win at home to previously unbeaten Spelthorne taking the eye. Frimley Green will have been equally pleased with their solid sounding 2-0 home win over SCR, who haven’t quite hit the consistency they showed for much of last season.

Sitting proudly at the top though are Ascot United whose 4-0 win at Banstead maintained their perfect league record now up to six wins from six played, and all away. Their new 3G pitch is almost ready with the first match on the new surface scheduled for Tuesday 8 October, when Guildford City will be the visitors.

In Division One, Jersey Bulls had something of a shock when Eversley & California took the lead, the first team to be in front of the Bulls at any stage. The visitors couldn’t maintain it though and it ended with another 5-1 home win for the Jersey side.

With the exception of Jersey, the rest of the division seems gloriously unpredictable at the moment. Godalming finally got their first win in the league courtesy of FC Deportivo Galicia who have struggled so far this campaign whilst Kensington and Ealing Borough maintained their improvement from last season with a 2-1 victory over Ash United.

The opening matches in the Cherry Red Records Premier Challenge Cup took place this midweek, the most remarkable result surely being Ascot’s 7-3 win after extra time at Frimley. The other stand out result was Division One Fleet Spurs winning 4-2 at Premier Division Cobham.

We also had our first postponement of the season when Spelthorne’s tie at home to Chessington was called off due to a waterlogged pitch. With Spelthorne involved in every cup open to them, the match cannot be re-arranged until Tuesday 3 December.