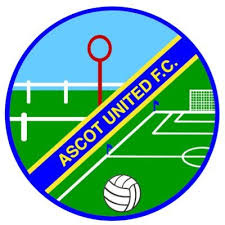 Ascot United have confirmed that their new 3G pitch is now ready for use, having been independently tested and approved. It will shortly be on the Football Foundation and FIFA database and auithorisation has been given for its use.

The opening match, and Ascot's first home match of the season is tomorrow, Tuesday evening, 8 October when the visitors will be Guildford City. Kick-off is 7.45 p.m. and entry is free. The address of the ground is: The Racecourse Ground, Winkfield Row, Ascot SL5 7LJ

Since moving from the Hellenic League at the start of the season, Ascot have made an impressive start to life in the CCL, winning seven of their opening eight league fixtures, all away from home, a run that has given them a five point cushion at the top of the Premier Division as matters currently stand.

Visitors Guildford have made an unusual start to the season, conceding just seven goals in their first nine games. The problem though seems to be at the other end where to date they have only managed four in the League.

Abbey March On  Ascot and Jersey still with 100% records