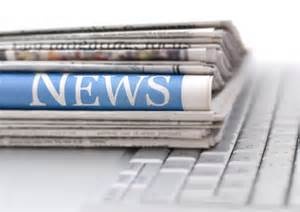 League Round Up by John Porter

It’s been a good few days for Spelthorne Sports. Two three-goal wins – 5-2 at home to Sheerwater, with five different scorers, and 3-0 at Hanworth Villa – have enabled them to overtake the Uniteds of Ascot and Colliers Wood and go four points clear at the top of the table.

Frimley Green continued their good run, enjoying two wins, 2-1 at Egham Town and 4-2 at home to Molesey. Another improving team, Cobham, moved up to sixth with a 2-0 win against Colliers Wood and a 1-1 draw at Southall.

Balham won 4-1 against Camberley Town with Tom Read notching all four goals, bringing his total for the season to 17, equal with Harry Laflin of Ascot United at the top of the charts.

Another four-goal hero was Mo Diakite of Redhill, with all his side’s goals in their 4-1 victory at Badshot Lea.

Bec drop to third place, overtaken by Farnham Town, and were unable to make up ground after a 2-1 home defeat to Bedfont and Feltham, who extended their winning run to four games – shades of the first half of the 2018-19 season. The league’s joint top scorer Michael Capon inevitably scored one of the goals, bringing his season’s total to 17.

At the other end of the table, Eversley & California extended their long run of league games without a win with a 2-1 defeat at Ash United. The winning goal for the Greens came from substitute Ben Wyatt after 86 minutes.

Three sides scored four goals. Perhaps the most remarkable achievement was by Dorking Wanderers Reserves at Walton & Hersham. All their goals came in the last 20 minutes, after the home side had gone 3-0 up. The other high-scoring teams were Cove – 4-3 at Godalming Town – and Sandhurst Town – 4-0 at home to British Airways.