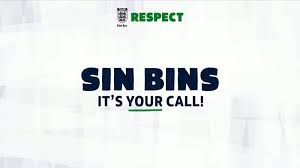 The CCL, in common with most other Step 5 leagues, starts tomorrow (Sat 3 Aug) all matches kicking off at 3.00 p.m.

There does not seem to be any one club being favoured as odds on for promotion but SCR will doubtless be strong again after coming so close over the last two seasons.

Knaphill appear to have made a shrewd managerial appointment in Luke Tuffs whose experience at Hartley Wintney will surely hold him in good stead, whilst newcomers Ascot United, despite the disadvantage of playing away for the opening two months, until their 3G surface is ready, may also be one of the front runners, as will Southall and Abbey.

Who’s to say though? Two seasons ago, Chertsey Town were relatively fortunate to escape relegation to Division One and we all know what they achieved last season.

In Division One with the enhanced promotion opportunities the competition will undoubtedly be fierce especially as the re-structure at the end of season 19-20 will also play its part in seeing some clubs leave the CCL irrespective of where they finish.

It is the FA’s intention to issue some guidelines in January when, as an illustration, they will place clubs within the new structure based upon where they sit in the table at the time. That will give clubs some idea but matters can change significantly between Christmas and the end of the season.
There is as full a programme as possible on Saturday with ten matches in each division. It is tough to pick one out from the Prem matches as standing out but in Division One many eyes will doubtless be on Jersey Bulls who will stage the most Southerly game ever played in the National League System when they play their first ever competitive match at home to Ash United. Will the attendance reach four figures?

Fellow newcomers, Westside, promoted from the Surrey Elite League, will play their opening match at home (at Chessington & Hook) against FC Deportivo Galicia, whilst Walton & Hersham, one of England’s great amateur clubs in days gone by, find themselves playing at Step6 for the first time ever. They will surely be keen to climb the pyramid again and start with a home game against Eversley & California.

Finally a word for all our match officials, as their job becomes ever more complex, especially this season with the high number of law changes and, of course, the introduction of sin-bins at Step 5 and below. The sin-bin only comes into operation for dissent offences but there are a number of scenarios that can happen. We all perhaps need to be patient until everyone becomes familiar with all the changes.

 Review Sat 3 August 2019 An Interesting Start to the Season