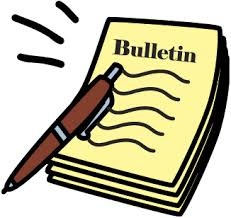 CB Hounslow secured a draw against Balham with a goal in the 95th minute on Saturday but it didn't matter in the end as AFC Hayes lost 0-3 at already relegated Walton & Hersham, a result that sees AFC also relegated to Step 6. Commiserations to them.

League wise, everything else had been decided before Saturday so we now turn our attention to the cup finals. The first one is the Esoteric Recordings Final on Bank Holiday Monday 6 May at Meadowbank (dorking Wanderers FC) kick-off 3.00 p.m. between Frimley Green and Epsom & Ewell.

The final one, the Chaerrty Red Records Premier Challenge Cup Final, is on Saturday 11 May at Windsor FC, between Sutton Common Rovers and CB Hounslow United, also kicking off at 3.00 p.m.

Admission to each Final is £8. For the match at Meadowbank there is unlikely to be any parking available for spectators but there is a large public car park immediately adjacent to the ground.

Don't forget also that one of our clubs has reached the Final of the Buildbase FA Vase, Chertsey Town and they will face Cray Valley (PM) on Sunday 19 May at Wembley Stadium, kicking off at 12.15. Tickets can be purchased either through Chertsey or via the FA website and the tickets entitle you to stay on for the FA Trophy Final between Leyton Orient and AFC Fylde.

Who will be the unlucky club?  Chertsey to receive the League Championship Trophy on Saturday