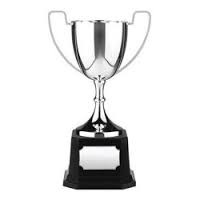 Although not a CCL competition, a number of our clubs compete every season in the Southern Combination Challenge Cup, a competition that has been going since 1958. With the reduction in league fixtures, the competition has flourished this season with more entries than ever and we have now reached the Final stage, in which our own Sutton Common Rovers will meet Walton Casuals on SUNDAY 5 MAY, at Sutton United FC, kick-off 3.00 p.m.

The first ever winners at the end of the 58-59 season were Slough Town and other winners include Met Police and Hampton (both on four occasions), Carshalton Athletic and Dulwich Hamlet. Defunct clubs such as Addlestone and Reading Town are also past winners.

Walton Casuals, of course, after reaching Step 3 for the first time this season, ensured they will be competing at this level again next season with a last day win at Merthyr but they may find it tough against SCR, who have finished 2nd in the CCL behind Chertsey and have also reached the Final of the Cherry Red Records Premier Challenge Cup to be played at Windsor against CB Hounslow on Saturday 11 May at 3.00 p.m.

Clubs already in the S. Comb. Cup will receive entry forms for next season in due course but any new clubs wishing to enter should contact the Competition Secretary, John Cronk, at crankyman54@btinternet.com,