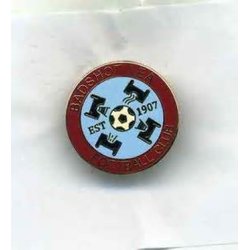 Early history suggests that the village football club was formed in 1904, after a meeting at the local village hall. They initially played friendly matches before deciding that they affiliate to the Surrey County Football Association in 1907. They began life in the junior leagues before gradually progressing through the leagues.

The most recent history shows the Lea playing in the Aldershot leagues and progressing through the various divisions, eventually obtaining promotion to the Surrey Intermediate League Western in 1978. Progress through the three divisions saw the Lea eventually promoted to the Surrey Premier League in 1986. This was for one year only as we obtained the dubious distinction of being relegated with the highest points total ever achieved by a side being relegated.

Season 1988 saw us again in the Surrey Intermediate League Western. The ensuing years saw the ups and downs that one experiences until season 2002/03 which saw eventual promotion to Senior Football via The Hellenic League. This was not without its problems as The FA at Soho Square tried to block the move. It was only the determination of the committee and the full backing of The Hellenic League that eventually saw us given the green light along with London APSA (Essex Senior League) and Sporting Bengal (Kent League).

In our first season we took time to adjust to Senior Football eventually finishing 4th from bottom under the guidance of manager Maurice Gregory.

Season 2004/05, David Ford took over the management reigns with Nathan Fealey and in their first season took the side to a credible 7th place finish. The reserves won Division Two East and took their place in the top Division. Season 2005/06 saw the 1st team finish mid table and reach two cup finals. They narrowly lost out to Sandhurst Town in the Aldershot Senior Cup on penalties but beat Penn & Tylers Green in the Hellenic Supplementary Cup.

2006/07 saw them yet again lose out on penalties in the Aldershot Senior Cup this time against Camberley Town. On the league front they produced some fantastic football all season and after chasing Bisley Sports for most of the season ended up finishing in 3rd place.
The 3rd place finish was enough to enable up to take up a promotion position and with a groundshare secured with near neighbours Farnborough we were able to do so.

2007/08 season under the guidance of Dave Ford we finished our first season at Step 5 in a respectable 11th place and beaten finalists in the Aldershot Senior Cup losing by the odd goal against Fleet Town.

The National Leagues Committee then sanctioned a move to the Combined Counties Premier League for season 2008/09 where they swapped places with Reading Town. We finished in a respectable 7th place in our first season.