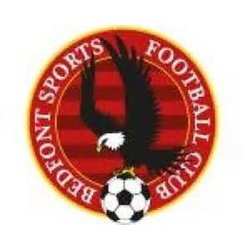 Bedfont Sports was founded in 2002, when David and Terry Reader who ran the Bedfont Sunday side decided that it was time to progress and move into Saturday football and other sports for the local people of Bedfont. Shortly after, they were joined by Bedfont Eagles who became the clubs junior setup. The links were there to see as many of the Bedfont Sunday side had played for Bedfont Eagles over the years.

Bedfont Sunday is the oldest of the 3 clubs, founded in 1962 it now has 4 men’s sides and are one of the strongest Sunday set ups in Middlesex.

Bedfont Eagles, founded in 1978, has 16 sides from ages 6 to 16. Then we have bedfont sports girls who have 5 girl’s teams and 1 ladies team. The club is now one of the biggest in Middlesex with immense improvements having been made to the ground in recent seasons.