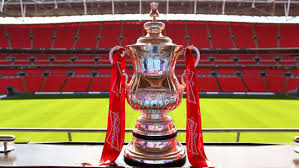 SCR, Walton & Hersham and Hanworth Villa strive to reach the 5th Round and join Cobham

The League’s improvement in terms of FA Vase participation in recent seasons has not slowed down and we have three of our clubs playing this Saturday in the delayed 4th Round of the competition. Should any or all of them get through, they will be joined in the 5th Round by Cobham FC who have been handed another bye following the withdrawal of Stowmarket Town.

In alphabetical order, Hanworth Villa make the long journey to play Mulbarton Wanderers near Norwich Mulbarton are a Step 6 club but a quick look at their record over the last ten completed seasons shows that they have only finished outside the top three in just one of those seasons. Nine of those seasons were in the Anglian Combination, until they were promoted to the Eastern Counties League, Division One North in the 18-19 season when they finished in 3rd place. When the current season was aborted, they were in 10th place in the table with 5 wins, 3 draws and 2 defeats from the ten league matches played.

It seems fairly clear, therefore, that Hanworth Villa will not have it easy but with the League’s top scorer in their team, Sam Merson, son of Paul, and many other talented footballers, Villa will definitely be giving it everything in their quest to reach the 5th Round, a feat never previously accomplished.

Next up are Sutton Common Rovers, hoping to be promoted to Step 4 next season, and they are at home to Hadley FC, who play in the Essex Senior League, in which they were in 6th position when the season ended. It is a false position though with Hadley having matches in hand on all the clubs above them, as many as seven in one case. Of the 8 games played they had won 7 of them. Hadley are relative newcomers to the Essex League, having spent several earlier seasons in the Spartan S. Midlands League. One of their victims in their Vase run this season were Raynes Park Vale.

Finally, we look at Walton & Hersham, a famous club, who graced the upper echelons of non-league football over many seasons in the past. They fell on hard times not least because they were forced out of their Stompond Lane ground against their will. However they have finally turned the tables and were looking a very good bet for promotion this season from Division One.

They needed penalties but beat local rivals Guildford City in the previous round. There is no doubt though that they face a tough tie away to Leighton Town in Bedfordshire. Leighton themselves were at Step 4 for many seasons but were eventually relegated at the end of the 15-16 season and now play in the Spartan S. Midlands League in which they have excelled in the Vase, reaching the quarter finals twice in the last four years, losing to 1874 Northwich in 17-18 and to Corinthian in 19-20. It will be a good test for Walton to judge just how far they have come over the last two seasons.

Good luck to all three clubs on Saturday.