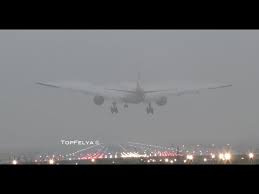 CCL: Summary of results for 25 January

Many sides had two games over the last four days, and the result was that things are tight at the top. Ascot United lost two games, other teams were more successful, and the result was that there are now only four points between the teams in first and sixth positions. All the teams have at least 15 games to go, and who knows which club are going to finish in the top positions?

Both Ascot’s defeats were at home, one against challengers Molesey and the other a big surprise, 3-1 against lowly Hanworth Villa, all of whose goals came in the second half after the Yellamen had led at the break. Ascot still lead the table, but Spelthorne are now only one point behind, having failed to take full advantage with a goalless draw against Molesey after winning 2-0 in midweek at Cobham. Southall are in third place after a 1-0 win at home to Guildford City and Molesey move up to fourth following their four points against the top two sides.

Knaphill drop to fifth after being held at home by Abbey Rangers in a goalless game and not playing on Saturday. Frimley Green came from behind to beat Egham 2-1 and remain in sixth position.

None of the bottom five sides lost on Saturday. Apart from Hanworth’s victory, Banstead won 2-1 at Abbey Rangers and Raynes Park Vale scored three without replay at home to Colliers Wood. Sheerwater and CB Hounslow United had draws, 2-2 at Balham and 1-1 at home to Camberley Town respectively.

Jersey Bulls continued their 100% run with a 7-2 victory over AFC Hayes, but that only tells a small part of the story. The Brook set off in time for a 3 pm kick-off, but fog prevented their plane landing on the island despite two abortive attempts. Back to Gatwick. Try again. The fog had cleared and they finally landed in late afternoon. Straight to Springfield Park, get changed and on with the game. Amazingly, Hayes scored first, but after their experience earlier in the day they were not surprisingly overwhelmed by the Bulls, whose goals came in bunches: two in four minutes midway through the first half, another two just before the break, and three in six minutes just after the interval. I’m not sure if it’s much consolation to the lads from Middlesex, but their goals were the first against Jersey in a league game since 5 October. Once again the League is appreciative of the efforts made by both clubs to get the match played despite a very late kick-off. Fine for late kick-off may be waived!

Overall, it was a very high-scoring weekend in the division with 51 goals between the 10 games. Walton & Hersham were another side to score seven, including a hat-trick from Tyreke Leslie. Their opponents British Airways replied with three. BA have conceded 13 in their two games against the Swans, who have now amassed 23 goals in their last four league games. Walton are still in fifth place, with at least two games in hand on the teams above them. Farnham remain in second place after a 2-1 victory at Godalming. Bedfont & Feltham, 3-1 winners at home to Ash, are third, closely followed by Tooting, who scored five against Deportivo Galicia, with Depor only managing one in reply.

Fleet Spurs are now up to sixth after their 1-0 away win against Bagshot, and have gained 25 points out of the last possible 33. Kensington & Ealing drop to seventh following a 2-2 draw at Eversley, who remain at the foot of the table, but are now only one point behind Godalming and have a game in hand. The Boars are becoming draw specialists, their last three games all ending with honours even. Sandhurst also drop a place to eighth, after being held to 2-2 by Chessington. The big climbers of the day are Epsom, who are up five places to ninth following their 4-0 victory over visitors Cove. Westside ended their bad run – no win since 19 October – in style with a 5-1 win at inconsistent Dorking.