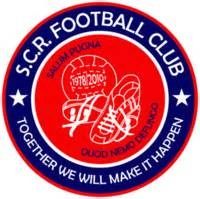 The FA Vase is down to the last 32 and CCL hopes now rest with Sutton Common Rovers who will be making the trip down to Christchurch FC on Saturday afternoon, hoping that they can make it through to the final sixteen.

It will not be easy with their opponents sitting in 6th place in the Wessex League. They are also that League's final representatives in the competition for this season.

Last season we still had three clubs going strong in the Vase at this stage, including the eventual winners, Chertsey Town.

The League send its best wishes to SCR for tomorrow, of course, and if the result is a draw, any replay would be next Saturday back at Ganger Green Lane.