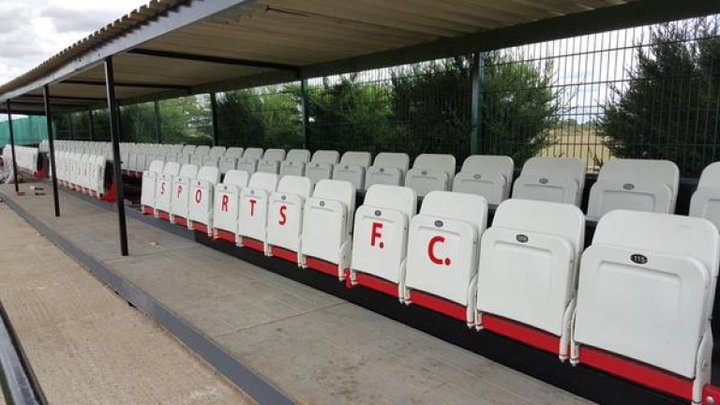 From John Porter. This week's round-up to follow shortly.

The early Division leaders are Knaphill with seven points from their three games. They had home wins on both Tuesday and Saturday, 1-0 against Spelthorne Sports and 5-1 versus Molesey, respectively. The latter game featured two goals from Jacobs Lambe. Ascot United are second, having suffered a surprise midweek defeat 1-0 at Camberley Town, but recovering at the weekend with a 5-2 beating of Colliers Wood United. The Yellamen won despite having Callum Ferguson sent off early in the first half. All their goals came after the interval, with Harry Laffin scoring another two, but second-half substitute Aiden Higgs surpassing this feat with a hat-trick. Third and fourth are Southall and Raynes Park Vale, respectively. The All continued their good away form with a 3-0 victory at CB Hounslow United, Nathan Dennis notching two, while the Vale also won away, 2-0 at Redhill.

Cobham and Frimley Green had a high-scoring game on Tuesday at the Recreation Ground. The visitors won 5-3 with four of their goals coming before the break, two each from Ryan Debattista and Chris Davis. Also on Tuesday, Luke Maguire of Egham Town scored two of their goals in a 3-0 victory at Molesey. On Wednesday, Sam Merson of Hanworth Villa went one better, his hat-trick helping his team to a 4-2 victory at Colliers Wood.

At the wrong end of the table, Molesey have yet to gain a point and are averaging five goals a game conceded. Redhill and Frimley Green are above them on goal difference only, though the Lobsters have only played one game while the Green have played two. There are four teams on one point, in descending order Sheerwater, Guildford City, CB Hounslow and Colliers Wood. The Wood have played three games: the others two.

Eleven Premier teams were involved in FA Cup Preliminary Round ties. Four have progressed to the First Qualifying Round, and praise is due to the three that knocked Isthmian League Step 4 sides out. Cobham beat Three Bridges, the game going to penalties, as did Frimley Green’s game at Woking against Westfield. Southall overcame Ashford Town (Middlesex) 2-1. The other winners were Sutton Common United who scored four without reply against fellow Step 5 team Broadfields United of the Spartan League.

All four of our successful teams have home draws in the next round, and by chance have been drawn against teams from every step from 3 to 6. The club who on paper drew the short straw are Sutton Common, who entertain Southern League Premier Southern Metropolitan Police. Frimley Green will meet the Step 4 team, Isthmian League South Central Marlow, and Southall have drawn Step 5 Southern Combination East side Chatham Town. On paper, the club with the easiest draw is Cobham, who were drawn against Step 6 Risborough Rangers of the Hellenic League Division 1 East. CB Hounslow are still in the competition as their Preliminary Round tie at Isthmian League Step 4 Sevenoaks Town was abandoned and is subject to an FA investigation following an incident.

Farnham Town are the only team in either division with three victories to date, the two latest of which finished 2-1. On Tuesday, they overcame Godalming Town at Wey Court, both goals coming from Charlie Oakley, and on Saturday, they beat Kensington & Ealing Borough at the Memorial Ground. Prolific scorers Walton & Hersham are in second place, beating FC Deportivo Galicia 4-0 in midweek, with two goals from both Dominic Ogun and Sean McCormack, but came down to earth on Saturday with a goalless draw against Fleet Spurs at Kennels Lane. Tooting Bec join the Swans on seven points, having beaten Ken Borough 4-1 on Tuesday and Bagshot 3-0, with two goals by Alistair Wiltshire, on Saturday.

They’re followed by two teams with full points from their two matches. Westside, for whom Tevon Webster notched his second hat-trick in as many games in a 3-0 victory at Epsom & Ewell, are fourth. Jersey Bulls, who won 2-0 at British Airways are sixth. Sandwiched between them in fifth place are Ash United, who responded brilliantly to their heavy defeat in the first game with seven goals against Bagshot, including a hat-trick from Jordan Devanney and two from Cameron Bradbury, and five against AFC Hayes, Bradbury being the hat-trick man this time. Another hat-trick came from Godalming’s Joshua Ogunseye, who got all his side’s goals in a 3-1 defeat of Chessington.

At the bottom of the table and yet to gain their first points are Bagshot and Sandhurst Town. The Fizzers have a negative goal difference of 14 following their 4-0 loss at Chessington and 6-0 defeat by Epsom & Ewell at Bracknell, Charlie Penny and substitute Bobby Bennett each scoring two for the Salts. The Baggies aren’t much better off with a minus 12 goal difference after their defeats by Tooting Bec and Ash. Just above them come Deportivo Galicia and Fleet Spurs with one point each though Depor have only played two games.

Westfield were the only Division 1 side that had an FA Cup Preliminary Round tie. Sadly, they lost 2-0 to Chatham Town.