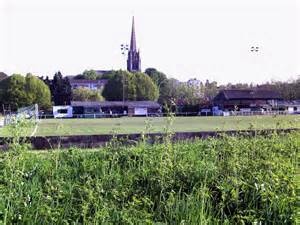 Dorking to have just one club next season.

Dorking will have one significantly expanded football club next season following a bold new plan for football in the town, announced today by the Dorking Football Development Alliance.

The Alliance - formed last year by Dorking’s two senior clubs, Dorking FC and Dorking Wanderers FC - has agreed that local football will be best served by one club that everyone can get behind with both a high-achieving first team and a comprehensive community set up at the forthcoming new Meadowbank stadium.

Dorking FC Chief Executive Jason Rabbetts says, “The past year’s success of the Alliance has shown both clubs what we can achieve for local players, supporters and the town when working together. But having two clubs still means a duplication of resources, a sharing of the volunteer base and potential revenues, and barriers to the movement of local young talent through a single development pathway. So to really meet the full potential for football in Dorking, we have agreed that we actually need to have just one club for the whole of this fantastic town to get behind.”

As a result, Dorking Wanderers FC will expand by taking over the community football development role currently contained within the Dorking Football Development Alliance and at the heart of Dorking FC.

In addition to the first team, Dorking Wanderers will include a new U21/Reserve side, an Under 18 Ryman League squad, a new Academy combining football with education, an enhanced local youth section from U7s to U16s and a first class women’s football squad. As the sole senior club at the new Meadowbank stadium, it will also operate the clubhouse when it opens later this year while retaining Westhumble primarily as a training venue.

The Chairman of Dorking Wanderers, Marc White, says, “The benefits to Dorking of one club are clear - economies of scale, unparalleled facilities for participation in football with Meadowbank and Westhumble under one management, and a genuine single pathway for local talent.

And looking ambitiously to the future, Jason Rabbetts adds, “By having all this activity within one club, Dorking has a once-in-a-generation opportunity to compete in scale and scope with some of the biggest non-league football towns across the south of England.”

In practical terms, the plan means Dorking Football Club (1880) CIC Ltd, the not-forprofit company set up by local businessmen in 2014 that has restored a sense of community to Dorking FC and returned football to a new Meadowbank stadium will close at the end of this season. Following that closure, Dorking Wanderers FC will adopt the town’s cockerel that has symbolised football in Dorking since 1880.

Marc White says, “The history of football in Dorking is a rich and proud one, stretching back to the 19th century when the original Dorking FC was a founding member of Surrey FA, while Dorking Wanderers is a modern community success story rising from park football to the Ryman league in just 18 years. We need to change senior football in the town for the benefit of all, but we will do it in a way that embraces and respects the history of the game in Dorking. The Dorking cockerel is already a part of our badge and will, as the town’s recognised symbol, become more prominent.”

As the sole senior club representing the town and with a new permanent home ground on the horizon, Wanderers also plan to review the club name following the changes, subject of course to the league and FA guidelines.

With Dorking Wanderers now carrying forward the flame for football for the town, Marc White is keen to pay tribute to the role played by Dorking FC in creating a bright new future.

“Dorking Wanderers and the wider football community owes a great debt of gratitude for the objectivity, pragmatism and leadership shown by the committee and board of Dorking FC. They have genuinely had the good of local football at heart, and their achievements in saving football at Meadowbank with an otherwise unthinkable multimillion pound development for the whole Dorking football community to enjoy must be congratulated.

“Their project has been a real success and I hope that some of the talent, energy, and vision formerly at Dorking FC will take up my open invitation to make a contribution to the exciting, bigger future of Dorking Wanderers FC.”

What this means for the CCL is that we lose another club from Division One, although Dorking Wanderers have stated that they wish their Reserve side to re-join the League next season after resigning at the end of last season.