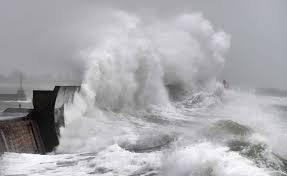 Another Saturday decimated by the weather.

Jorge may not be quite such a menace as Dennis, but we had another weather-spoiled Saturday, with only two Premier games and three in Division 1 surviving.

Ascot United overturned a half-time deficit to win 2-1 at Abbey Rangers, and are now seven points clear of Spelthorne Sports, though Spelly have two games in hand. The gap might have been 10 points, but the Yellamen surprisingly lost at home 3-2 to Redhill in midweek, with both their goals coming in second-half stoppage time. The only other game on Saturday was clearly a dour battle with defences on top, Sutton Common Rovers beating visitors Balham 7-4.

In the other midweek game, CB Hounslow United gained their second successive home win, 3-0 against Hanworth Villa, thanks to a hat-trick from Shakeel Morris. The Villains are now three points behind the Dragons at the wrong end of the table, although they do have five games in hand.

All three games in the Division finished in home wins. Two of these results were as expected, Walton & Hersham moving up to fifth place with a 1-0 win against mid-table Bagshot and Kensington & Ealing overcoming out-of-form Godalming 4-2. Mohab Madkour grabbed a hat-trick for the Borough. The surprise came in the Heathrow local derby as unpredictable Deportivo beat third-placed Bedfont & Feltham 4-3 in a topsy-turvy game, thanks largely to a second-half hat-trick by Matthew Orabio-Monroy.