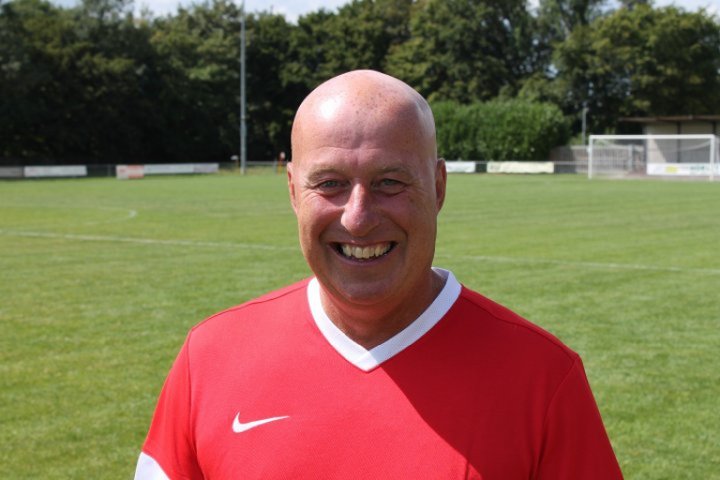 Steady Progress Ahead of Return to Meadowbank

First team manager Glynn Stephens talks about a busy summer of recruitment and his hopes for the season ahead.

"We made solid progress last season. There was such great enthusiasm following the rescue and stabilising of the club, that perhaps we all got a bit carried away about what could be achieved in a very short period of time on the pitch - but we developed throughout the season, brought through a number of players, finished well and it's been important to develop the squad over the summer to ensure we move forward again.

We've been looking to bring in at least one established player in each area of the squad - not to replace the young players that served us so well last season, but to give us more options. So there have been weekly meetings, a long list of names, and phone call after phone call to make that happen."

"Reece Jackson was one of the first to commit - and that's a big signing for the Chicks. He's been at Dorking FC before and I've worked with him at several places - but he hasn't settled down at one club. He's definitely ready to get his head down and do that here now. He expressed an interest in captaining the side. I didn't make any promises but gave him a chance in pre-season and he really stepped up to the mark, helping some of our younger players and earning the respect of our other seniors with his attitude. So Reece has got the armband for the season - it gives us another experienced leader on the field and, with his quality, he'll definitely score the goals we need to challenge in the league.

And talking of leadership, we put a lot of focus on getting Russell Hartt - Badger - to commit to the Chicks for this season. We saw him in a few games last year and he definitely makes a big difference at the back, but he was only available for a handful of weekends. We've talked and asked him if he can make a commitment week-in, week-out. He has done and is very positive about playing for Dorking this year.

Centre forward Martin Smith and keeper Andrew Osei are two big signings for us. They both played at Farleigh Rovers last season, where they were Division One champions, so that brings us some extra experience - along with Dan Gurney, who's played at Step 5 and comes in as a left back, which was a problem position for us last season.

We want this team to really mean something to the town, so I'm pleased that there's a couple of new local lads too - Darryl Jeeves and Bradley Aljoe, who give us options in different positions and are both getting better all the time.

But equally important, it's not all change. We've retained a good nucleus of players who did so well last year and are hungry for Dorking to push on to the next level - Jimmy Brazil, Glen Wright, Michael Fowler, Kieran Lunn among many others who I know will continue giving their all for this club."

"So does this mean that there'll still be a chance for youth payers to come through. Absolutely - it does. We're all completely committed to developing the next generation of Dorking FC from the young players coming through the local youth teams and on to our Under 18s.

We're looking to have around 20 senior players but they won't all be available every week, so the opportunities are going to be there for our young players to step up - just as happened last season with Andy Kehl and Harry Daly. Joe Teague and Jack Purcell, both 16, played in our pre-season draw at Chessington, Andy is still going to be involved and Harry has now moved up from the youth ranks to sign for the first team for the season.

We've also got 17 year old keeper Chris Coles and younger local lads like Stuart Russell and George Coffey, who are developing with us and proud to represent the town."

"Pre-season has seen steady progress. There's nothing to be gained by winning your first pre-season game, it's about experimenting and making decisions on players so we can peak when we kick off in the league on 8th August. We've been moving very clearly in the right direction - the draw at Premier division Colliers Wood was the best football I've seen in many a month, and everyone's commented on how good the spirit has been in training. Then we've also all got one eye on the return to our rejuvenated home ground at Meadowbank, which is something we can really look forward to next year.

So we've plenty to be optimistic about but, after everything this club has been through in recent years, it's all too easy to get carried away and make bold statements about how well we'll do this season. At my most ambitious it's tempting to think that, if we get it right and perform consistently well, we could push promotion - but we're not going to put that pressure on ourselves.

Realistically, we're good enough for top 6. If we achieve that while developing good, young local players and rebuilding the club back at Meadowbank, that would be remarkable progress from where we were less than two years ago.

And with all the good will we've got in the town to get this historic club back where it belongs, if we're up around those top positions towards the end of the season, we'll certainly be giving it our best shot to make this a very special year.

Thanks for your support."