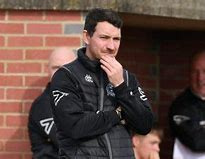 Guildford City Football Club are delighted to announce the appointment of Paul Barnes as their new first team manager.

Barnes, who has a UEFA A licence, joins Guildford from Staines Town whom he joined as manager in February 2020. Since joining Staines he rejuvenated the team and he departs with them currently in second position in the Isthmian League, South Central division. Barnes has also managed Greenwich Borough, and acted as assistant manager or first team coach at Welling United, Ashford United and Margate.

Barnes said after joining the club “I am extremely excited and proud to be joining Guildford City FC, a club with such history and prominence in the local community. I saw first-hand the magnificent support the Club has, when we played each other in this year's FA Cup. I have also quickly discovered it has great people dedicated to helping the club achieve its goals and some very exciting plans for the future ahead. Our aim is to help create a professional environment utilising technology and modern tools, along with a forward-thinking coaching philosophy to aid player development and performance. It is an exciting time for all involved and anyone connected to Guildford City FC and I cannot wait to get started”.

Guildford City Chairman David Knight said “We are very happy to welcome a manager of the calibre of Paul Barnes. With an exciting restructure of the club pending at the end of the season, we are delighted to have attracted such a go-ahead young manager to the club.”