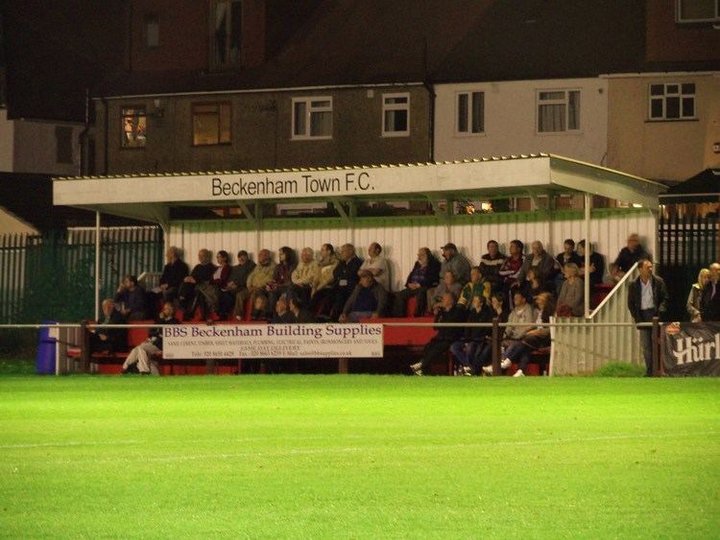 A peek at one of our new clubs

On a gorgeous summer's day, Becks' current squad took on Step 5 opposition for the first time this preseason - and did not disappoint, dominating a youthful Hollands & Blair before the expected second-half personnel changes - and the energy sapping heat - saw an inevitable drop in cohesiveness after the break.

With Junior Kaffo screening, Damo Ramsamy enjoying the freedom of an advanced role and new signing Danny Waldren setting the tempo, Becks controlled midfield from early on and the result was rarely, if ever in doubt.

During the opening twenty minutes, the hosts threatened a number of times down both flanks, retaining possession for lengthy spells and forcing the visitors to play on the break. Becks finally took a deserved lead when Steve Townsend pounced to finish neatly inside the area after Tunde Aderonmu's initial shot had been saved. The ball fell kindly to the in-form attacker who needed no second-invitation to ripple the net.

Despite competing hard, Blair were second-best and struggling to hold onto the ball. Some good work down the left eventually won a free-kick but unmarked, the header from the resultant delivery failed to find the target. It was arguably their best chance of a draining afternoon. For Becks, Waldren rattled the crossbar with a deliciously flighted free-kick after Ramsamy was felled just outside the area.

A minute before half-time the lead was doubled. Ramsamy cleverly nipped in to steal possession high up the pitch and quickly advanced before feeding Townsend, bursting forwards on the left. The youngster raced into the area and drew the desperate challenge that won a penalty. Whilst the Blair keeper guessed correctly, having dusted himself down to take it, Townsend's smartly taken spot-kick flew past a despairing palm and into the bottom left-hand corner.

With Callum Henry and Danny Fitzsimmons solid in central defence and RB Harvey Hanifan regularly dashing forward to support winger Tyrone Pink, Becks looked good down the right. Down the left, full-back Archie Johnson and Townsend showed how they have become accustomed to each other's strengths over the last two seasons whilst with a solid base behind him in central midfield, Ramsamy revelled in the 'free' role the formation afforded him. Up front, Aderonmu - a four-goal hero in midweek - led the line well.

In the second-half Henry went close with a header and substitutes Nick Curran and Dennis Doci also spurned good chances. Stefan Cox came on on the right and showed his usual mix of speed, tenacity and fast feet but frustratingly never quite the end product his good approach work promised. At the back Richard Mann took over from recent pick-up Nick Blue in goal whilst Jamie Brown and Rob Carter as well as some trialists came on to stretch their legs in the sunshine. But Blair were already in damage limitation mode by this stage and rarely threatened the Becks goal.