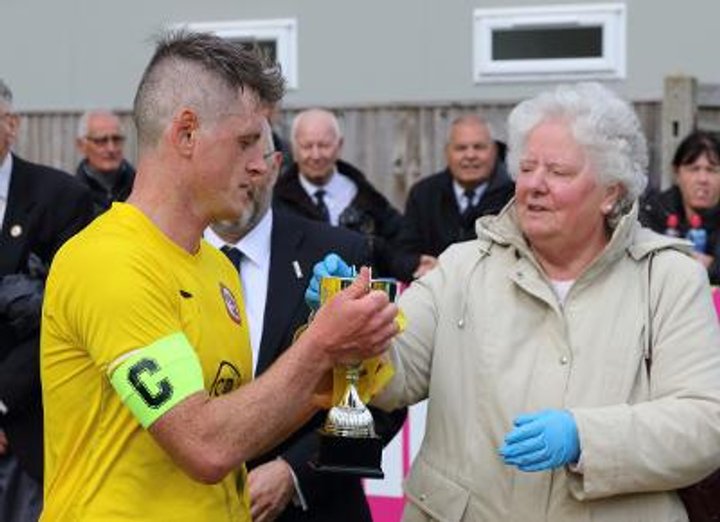 On Tuesday 25 May, the John Bennett Development Division Challenge Cup Final will take place at Ascot United, kick-off 7.45 p.m. between Redhill U23 and Merstham U23.

For this final tickets can be purchased in advance. You can order them by going to https://www.eventbrite.co.uk/e/ccl-development-division-cup-final-redhill-u23-v-merstham-u23-tickets-156233006127. Tickets are priced at £5.

As discussed the end price to those buying will be £5.00 – the platform will absorb the VAT and Fees so you will end up being paid out £3.35 for each ticket:

That will be followed on Wednesday when Balham U18 and Sutton United U18 will contest the Final of the Tony Ford Youth Challenge Cup. The match is at Banstead Athletic and kick-off is 7.30 p.m.

On Saturday Ascot United will meet Redhill, who overcame Abbey Rangers yesterday in the Semi-final of the Cherry Red Records Challenge Cup. The match takes place at Cobham, when again prices have been capped at just £5.

Finally, and to bring the season to its close, Godalming Town will come up against Merstham U23 in the Esoteric Recording Division One Challenge Cup Final, with the match taking place at Ash United FC, kick-off 3.00 p.m.

It was an innovative step this season inviting U23 sides to play in the competition and great praise goes to Merstham who have done superbly well to reach the Final. Whether we will repeat the experiment next season remains to be seen as some of the rules surrounding thecompetition do not lend thmselves that easily to Under-23 sides.

The match at Ash will also the presentation of the inaugural Ken Huckle Trophy, in memory of our ex-President. Mrs. Huckle wil be on hand to make the presentation after the match to one of longeest serving officials, Phil Paice, as active as ever.

Yesterday the first final of the season was in the Fripp-Smith Trophy at Farnham Town, who were excellent hosts. Spelthorne Sports took on the enhanced Sandhurst side, the latter eventually winning by a solitary goal from the penalty spot in the first half, following a handball offence in the area. On an excellent surface, both sides gave their all and it was an entertaining match. The presentation was duly made by Barbara Fripp, Gordon's widow. Attendance was 160.

 From the Secretary A Look at the Restructure