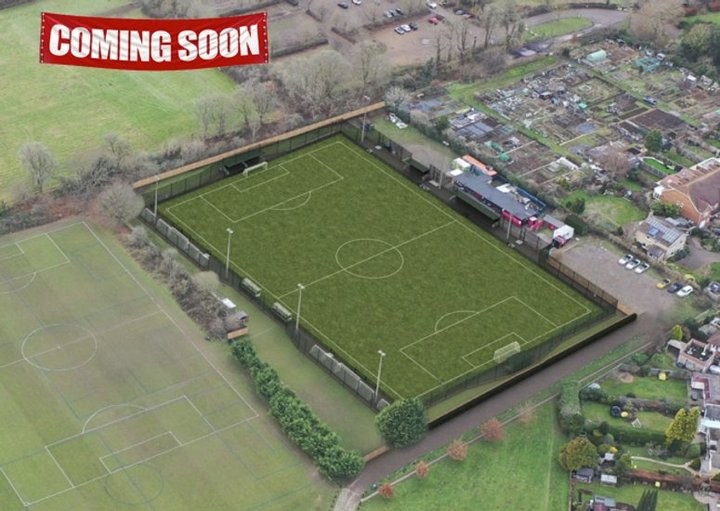 Work due to start in January

Cobham Football Club is excited to announce that planning has now been approved for a new artificial grass pitch (AGP) and surrounding improvements.

The decision also coincides with confirmation that the Football Foundation panel has approved a 3G stadia grant for the club.

Works on the new AGP and stadia infrastructure is now due to begin in January 2023 and expected to be completed by April 2023.

The comprehensive usage plan means the facility will be fit for the wider community, creating, and engaging new groups such as disability provision, local schools, walking football, local businesses, and a full pathway for girls to women’s football.

Sam Merison, Sporting Director at Cobham FC explains; “This heralds a new beginning for the local sporting community in Cobham and the surrounding areas and will enable the club to offer footballing opportunities to many more families and organisations.”

”The new facility has been in the planning for several years and the Club’s Directors have many people and organisations to thank. These include Caroline McRoyall Consulting, Surrey FA, Elmbridge Borough Council Officers and the supportive local Cllrs who not only pushed the matter on our behalf but also approved the Community Infrastructure Levy funding. The staff at the Football Foundation made the process as straightforward as possible and offered expert support right from the start in conjunction with the appointed contractors, S&C Slatter. Important match funding support was given by Surrey Playing Fields, The Walton Charity, The Shanly Foundation, Ascend Developments and Redbridge Property in order to make the project viable”.