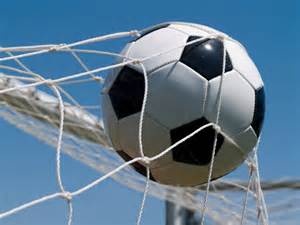 Despite only losing two games to the weather, there were very few changes in league positions in this division, with the leading 14 teams retaining their previous position in the table.

The top six sides all won. Ascot United scored the only goal at Guildford City despite being reduced to ten men, and remain five points ahead of Knaphill, who won 3-1 at Hanworth Villa. Spelthorne Sports are level on points with the Knappers following their 3-2 victory at Sutton Common Rovers, which involved a fine recovery by Spelly with three goals in the last quarter of an hour, after going 2-0 down.

Southall and Molesey are both a couple of points behind. The All won 3-0 at Banstead Athletic, Aaron McLeish bagging two of their goals, while the Moles managed the only goal of the game against visitors Cobham.

Frimley Green consolidated their sixth place, beating Balham 4-2, with Sam de St Croix getting a hat-trick and one of five bookings for the Green. At the other end of the table, CB Hounslow United continued their run of defeats, going down against Sheerwater at Woking FC by the only goal of the game.

Jersey Bulls’ scheduled game was one of many postponed because of waterlogged pitches and Farnham Town crept three points nearer the runaway leaders, though the gap is still more than 20 points, winning 2-1 at local rivals Ash United. Tooting Bec moved up to fourth with a 2-0 away win against British Airways. Walton & Hersham drop to fifth; their fixture at Eversley & California was another that fell foul of the weather.

The biggest win of the day came from FC Deportivo Galicia who in a typically high-scoring game hit Chessington & Hook United for six, with Chessy only managing two in reply. Four of Depor’s goals came from Leo Carvalho. In the remaining game, Godalming Town’s young side gained a creditable 3-3 draw against Bagshot at Krooner Park, fighting back from a 3-0 half-time deficit with three goals after the 85th minute. The equaliser eventually came from Elijah Carter, his second goal of the game, in the sixth minute of stoppage time.